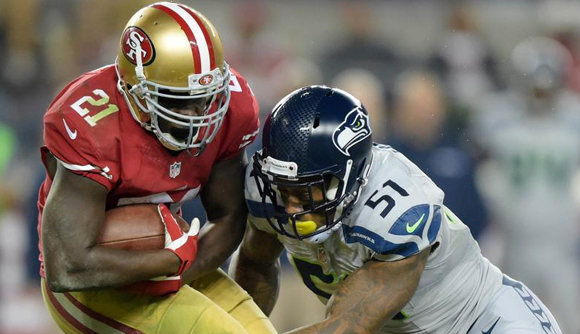 The current NFC champions have dominated the series in recent years and have five wins in their last six games, including three in a row. The 49ers only victory in that period was in 2013 when they won 19-17 in the Bay. Seattle’s defense will have many changes this season, but expect them to maintain their good performances against the 49ers. Last season, the Legion of Boom only gave up 10 combined points in two games. Pete Carroll’s team is favorite in the NFL Odds to continue its dominance in the series listed at -1.5. The Seahawks are 4-1 SU and 5-0 ATS in the past five against San Francisco. The 49ers defense lost many elements in the preseason, so it will be very difficult to stop Seattle’s attack.

Player to watch: Running back Marshawn Lynch has 304 yards and two touchdowns in his last three games against San Francisco, who last season only allowed an average of 100.4 yards on the ground per game.