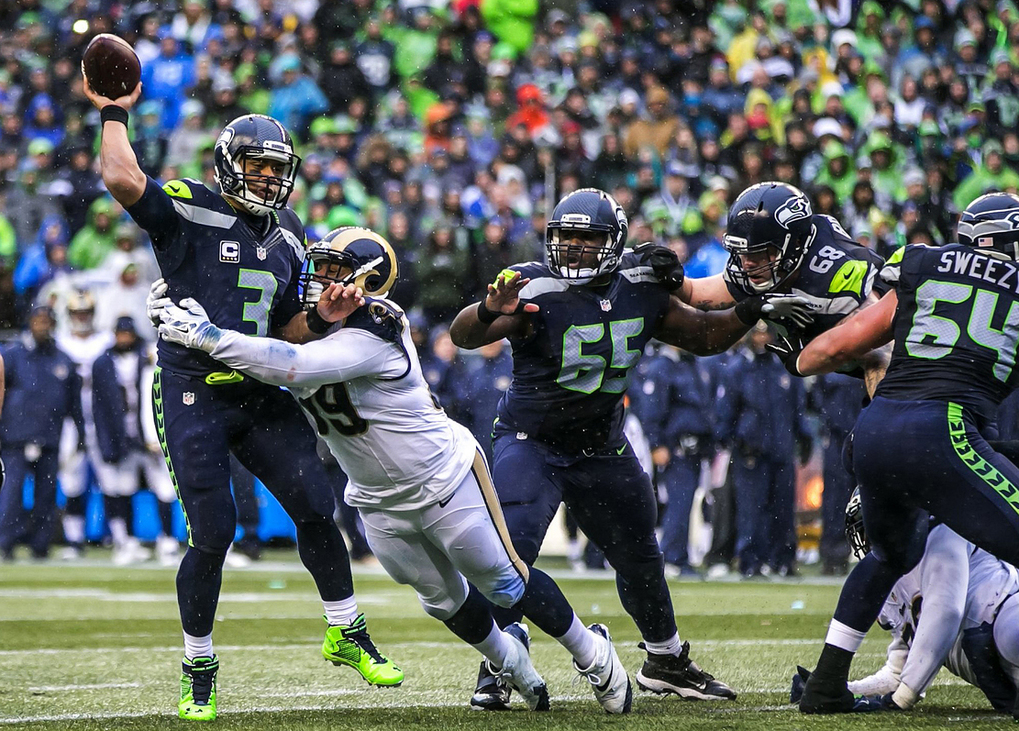 SEAHAWKS FILE —
Seahawks quarterback Russell Wilson, amid a leaky offensive line and under pressure from Rams defensive lineman Aaron Donald, attempts a touchdown pass to wide receiver Doug Baldwin but it goes incomplete in the second quarter as the Seattle Seahawks take on the St. Louis Rams at CenturyLink Field in Seattle Sunday December 27, 2015.
The Seahawks lost 23-17, their last home game of the regular season.

A showcase of the NFC’s wild west. The Seahawks will be out for revenge in 2016 as they try to reclaim their place at the top of the division. The Cardinals dethroned them last year on their run to the NFC title game before being blown out by the Panthers.

Without Marshawn Lynch in 2016, Seattle will have to work harder on establishing the run to open the passing game than they did previously. The Cardinals are well-rounded without glaring weaknesses, so Seattle’s balanced attack will be more crucial. Defensively, pressuring Carson Palmer is going to be the best way to limit the passing attack. The Cardinals have more weapons than the Seahawks have Richard Shermans.

The Cardinals should look to push the pace against Seattle and make them play catchup. Their defense lost several key players to free agency and the Cardinals should take advantage of that in the run game before bombing it downfield. Establishing an early lead will force Seattle to pass, allowing new Cardinal Chandler Jones to pin his ears back and chase down Russell Wilson.