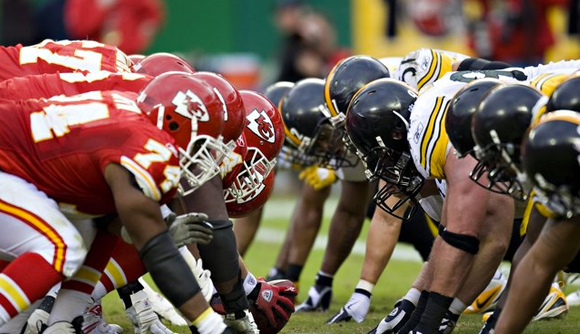 It will be the 31st meeting between these two traditional teams in the AFC, and the Steelers have the advantage in the series with 20 wins, including the last three clashes. The Chiefs last victory was in 2009 at home. It will be the third game of offensive coordinator Todd Haley against his former team, but it will be the first at Arrowhead Stadium. Kansas City is favorite in the NFL Odds to win this game at -1.0, but in the last five against the Steel Curtain is 1-4 SU and 3-2 ATS.

Player to watch: If the Chiefs want to end their losing streak against the Steelers running back Jamaal Charles should have a good performance. The bad news for the former player of Texas is that Pittsburgh only accepted an average of 100.8 rushing yards per game. Last year, Charles only once topped the 100 mark.