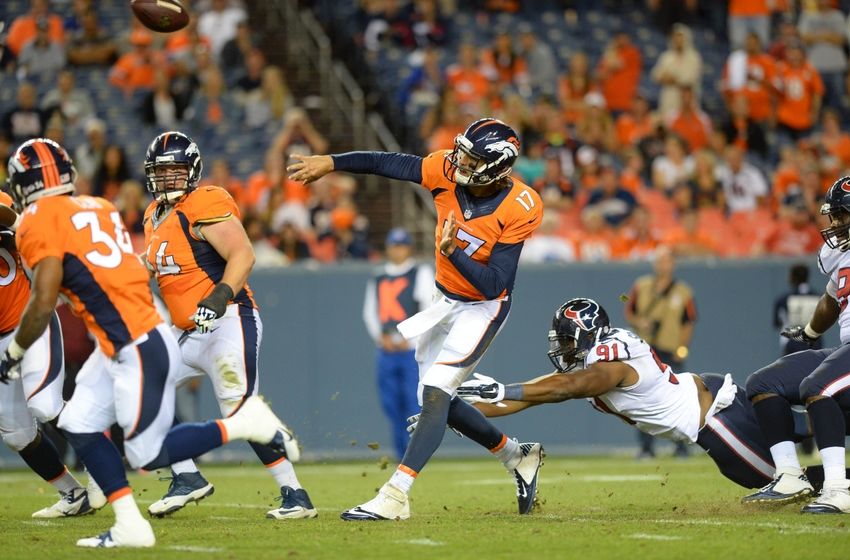 Oh boy, Brock Osweiler has had this game circled on his calendar since the NFL schedule was released. The “Brockweiler” will be making his return to Denver and attempting to beat the team that hurt his feelings by benching him for that Manning guy. Will Brock get payback? Or will Elway get the last laugh?

As much as Osweiler will want to throw for 500 yards and 5 scores, they should be focusing on running the ball. Denver’s biggest losses were in the front seven and should have a bigger impact on the run than the pass. Also, the fewer opportunities you give Von Miller to demolish your quarterback, the better. If they can force the Denver offense into a couple turnovers, it will go a long way toward helping Brock get points on the board against this defense.

Make Brock pay. The Texans will try to get the ball to Hopkins and Fuller and the Broncos need to force Osweiler into some mistakes. The Texans are likely to have some success running the ball, but will get anxious. They have the talent to beat Denver on the outside with Hopkins, so the Broncos will need to make life difficult for him. On offense, keeping Watt at bay will be a challenge, so they will have to have some success running the ball. If they get stuffed, Houston could easily walk out of Mile High with a W.